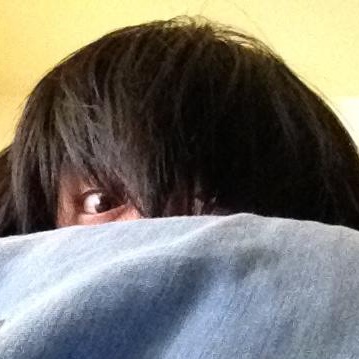 It was a Friday.

We were all worn.

Who knows what had been going on in high school that week but obviously it had been one drama too many for all of us:

A poor score on the SATs.

Whatever it was, 6th period was spent and so… I did what any experienced teacher would do when the entire class arrives, flops into empty chairs, and each head drops into cradled arms where they lie listless and limpsy:

I put on the Simpsons and let them watch cartoons until the end of the period.

You cannot imagine the joy I find in watching my sixteen and seventeen-year-old students revert back into grade-school babies.

They giggle at the screen.

They drool on their arms as they smile sleepily and watch Bart and Homer and Lisa and Marge.

They parrot the dialogue.

They snack on goldfish crackers and jelly bellies, as they glance at each other with conspiratory glee, pleased in knowing that our class is having a secret afternoon nap break.

I always feel like Patton in these moments… bonding with my troops… knowing that because I have given them this delicious moment of relief from the war that is high school, they will trust in my future leadership, accept my push towards greatness as we study Whitman and Dickinson and will be my loyal educational soldiers forever.

I sat behind my desk, happy in the cool calm of the dark classroom, drinking my ice tea, grading essays by the computer light, the soundtrack of the Simpsons punctuating the quiet of the room, my babes soothed and content: I tell you… it was lovely.

Seigi, my senior classroom aide, had scored the prime spot on the back couch: the back couch which was coveted by many of my students.

It was the cool place to hang… the best place to sleep if you had a sport’s meet in the afternoon and needed a bit of a break before you were required to swim a 50-meter fly, or a grueling scrimmage on the field or in the pool, or before a 5-mile roundtrip run through El Dorado park and back.

It was against the far wall, hidden by a row of old covered wooden desks, but if you laid out flat on it, and looked underneath the desktops, you had the perfect, comfortable, vantage point, for viewing the large movie screen where my LCD projected.

Nobody questioned Seigi’s dibs on the couch that day. Being that he had senority, top man of the class, no one fussed, the caste system of high school finite… the pecking order… unchallenged… and so, Seigi sauntered over, stretched out, face down on the black sofa cushions, and settled in to watch the show as he faded in-and-out of consciousness.

The ninety-minute class period seemed but a moment and when the bell rang, there was hardly a child that made a move towards the door. Happy, tired and content, they preferred to stay put as the cartoons continued to run until I said quietly, “Time to go people,” unwilling really to send them out into the world but knowing I must do so.

After a moment or two of hushed fussing and shuffling, they grabbed their gear, quietly headed out the door without even turning on a light, barely a “Bye Ms. Wood have a good weekend” before leaving me alone in the dark.

I sat for a moment longer before I forced myself to rise, shutting down my computer, making my way through the dim light towards the door, where I locked it, gave the handle a quick security shake, before walking slowly to my car and going home.

I was so glad it was the weekend.

Put on my pajamas.

And laid down on my bed to watch mindless TV and flip through magazines until bedtime.

I was completely oblivious to my mistake.

I was completely confident that I had done everything right in my classroom that day.

However, I believe Seigi would beg to differ.

About seven that evening, Seigi woke up.

No… not from a nap at home… not from the comfort of his own bed… but from his nap in my classroom.

He woke up to a pitch black room… in fact the bungalow so dark at night that the darkness is palpable… suffocatingly close to your face.

Now imagine that just a few weeks prior to this event. Ms. Wood had taught you about the horrors of Poe… had shared the film El Orfanato with you… had scared you to death with the Poe-esque elements in this foreign film where a haunted Victorian orphanage holds mysteries of the past, and creepy little orphan ghost children run about from room-to-darkened-room scaring you repeatedly through each cinematic moment.

I tell you… it terrifies even me and this… was Seigi’s nightmare.

From what I gathered over the course of several weeks and numerous renditions of his guilt-inducing retellings to each and every child who would stop and listen… it was beyond horrific.

Seigi had woken, become completely disoriented, sat up screaming then tried to run out of the room, sure that a creepy little ghost orphan was about to grab him, but was physically assaulted by first, the old wooden block of desks, then… a row of metal and formica desks that stood strong behind the front line that held him back.

He tried to move forward but imagined tiny little creepy hands grabbing at him from every direction.

He lost his mind.

Tried to jump over the desks and somehow hurl himself to safety but caught his foot on a metal leg, fell to the floor, wreathing in mental and physical pain, where he then crawled across the back of the classroom, hands pressed firmly down on the dirty linoleum, until he bumped into the far wall, reached up for the door handle, pulled the metal latch down and rolled out onto the landing and laid panting heavily on the dirty anti-slip covering, shell-shocked and crying… stunned and out of breath.

I didn’t even look at it.

I ignored the call to duty believing that I had lead all of my soldiers to safety and had not lost a man that day.

At 7:45 my curiosity got the better of me and so, as I stood looking in the bathroom mirror, slathering my face with my favorite Vitamin C cream, my phone laying next to me. I reached down, pressed the hands-free setting and waited to hear the message that I had missed.

At first, there was a loud commotion, as if someone had dropped their phone and was rushing to pick it up. I had no idea that it was Seigi rolling around on my bungalow landing. What followed was almost an incoherent babble before a rough, bark of a harsh whisper reached out and electronically slapped me with a verbal assault across my face:

There was a loud thump and then a sudden click.

A bright flash as if a camera click illuminated my brain: the couch, the dark, the SEIGI!

I looked around as if I could somehow do something right now to immediately lead my Seigi to safety.

Of course… I couldn’t.

I had failed at my command.

I had left a man behind.

I’d like to say that I called Seigi right away but I didn’t.

I knew what I was up against.

I knew what I would hear.

I knew what I would see when I returned to my room and this is what it was: 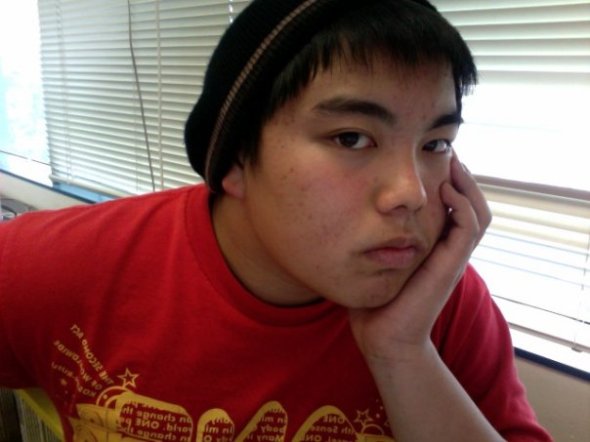 And not just the unfocused gaze of my battle-weary soldier but behind that gaze a look of complete disgust for his commanding officer.

I knew that I would have to bear Seigi’s wrath for weeks to come but to be honest, it was hard to look remorseful each time he told the story when really the image of  him running blindly through my room, his imagination a battlefield of blockades and creepy orphans, amused me terribly with each retelling.

And today, Seigi and I share a camaraderie over this story, a joy in the shared brotherhood of our bond. Forever locked together in time… even though as a commander I failed miserably and left my man behind.

There was an error retrieving images from Instagram. An attempt will be remade in a few minutes.