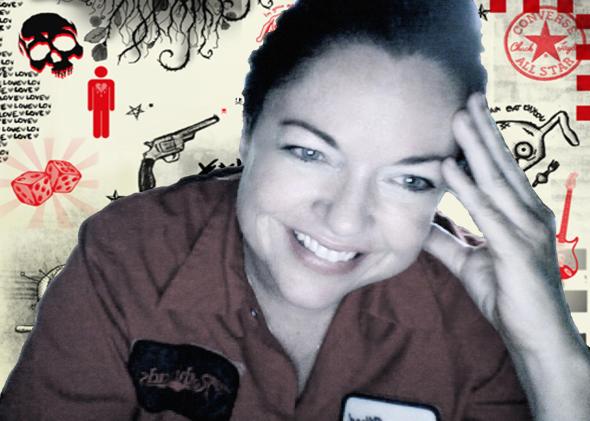 D.D. Wood started her writing career as a solo artist singer-songwriter for Walt Disney’s Hollywood Records. She received rave reviews for her solo albums Tuesdays are Forever, and Songs for the Red King, and had her music featured in Hollywood Pictures films. She has played with many well-respected artists, including Chris Isaak, Willie Nelson, Emmylou Harris, Leon Russell, Rosanne Cash and The Texas Tornadoes.
D.D. currently teaches 11th grade Honors English in the Compass Music and Arts program in Long Beach California, and is actively involved in mentoring students gifted in the arts. She has a Master’s degree in Education, has achieved National Board Certification in Young Adult English and is a professor for Concordia University’s MAED program.
D.D. began writing her first YA novel, The Year I Lost You, through a fellowship to the Vermont Writer’s Studio and has now completed her second YA novel, The Secret Life of a Punk Rock Princess, and is currently working on a short essay collection and her third album, The Sunday Sessions.