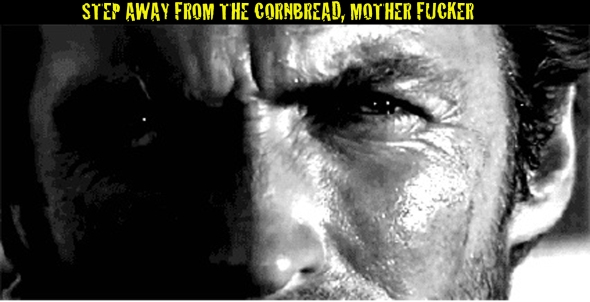 I have never hid the fact that I like to brawl. You can ask anyone… even my students. I am not proud of my violent past… I made incredibly raw mistakes as a punk rock rebel of the early 1980s and I have felt very grateful on numerous occasions to still be alive. However… I have to admit, that I am also a bit distraught that I am no longer able to put myself in “compromising” situations due to the fact that teachers cannot be felons.

And when I say brawl… please don’t picture me walking around like any number of bullies in books or film who are just “looking” for a fight.  That was never my style. I’m more like the bully that likes to fuck with the bully. And now that I am approaching the age of  “menopause” I’m finding the temptation is returning with a passion and my only fear regarding the looming age of my retirement, is that I will no longer have teaching to keep me in “check.” And honestly… the idea of finishing my life in a prison cell where I can write every day, only to be disturbed during, exercise, eating, or shower time with a bit of one-on-one shank and fist-a-cuffs thrown in… sounds like a Pulitzer prize winning novel to me.

So I swear, on whatever oath you hold dearest to your heart, that I really tried not to brawl at the Katella Deli. I really didn’t want to get into it in front of a whole restaurant of really old people, their main clientele, but the cornbread incident was just too much for me.

He was a middle-aged, white man. Short, squat… one of those guys that overreacts at his kid’s soccer game… who wants to check the rule book before he agrees with the call. The guy that will phone the city if you are out of compliance in anyway then walks around, breaking the leash law, with a giant fluffy poodle shouting to everyone in ear shot, “She’s trained. She’s trained. She doesn’t need to be on a leash.”

Yeah… I know you’re already getting annoyed just reading this…

I glanced at him briefly. He was standing at the take-out counter. I noted his bald spot, his attempt at a comb-over, his cargo shorts and his strappy Drew Warren orthotic man sandals, while sitting on a bench waiting for my own take-out order. He couldn’t keep my attention for long. I’d been conversing with this lovely older African-American man who had not only won me over with his good looks and charm but had really gone in for the kill when he just happened to let it slip that he was a Ph.d of Literature at one of the local prestigious colleges. I was enamored and we were both well into a serious conversation when suddenly a ruckus broke out at the counter.

We both stopped and stared. The little Napoleonic take-out bastard was harassing the waitress pretty good. I felt my eyes begin to narrow and focus. My hearing honed in on his words.

“You will give me the cornbread. Do you understand? I don’t have to explain myself to a take-out waitress. Give me my cornbread, now.”

I waited… I was dying to jump in… but I knew I had to give this young girl a chance to stand up to a bully on her own.

“I’m sorry, Sir,” she said in her kindest voice. “Your order only comes with one piece of cornbread. If you want another piece, I will have to charge you extra.”

Here I watched as he stomped his little hairy-toed foot and threw his arms up in the air, his plastic take-out bag almost clocking the old man eating his matzo ball soup quietly at the counter, before slamming his hand down and making a loud smacking noise on the Formica.

But he was unable to finish.

An older woman, who had been mid-order when the scene went down, turned towards him and said, “Excuse me, but I was ordering for me and my daughter. Could you please let me finish?”

I thought he was going to have a mental breakdown right then and there. His eyes grew large, he turned to the woman and began yelling, “This is none of your business. I was here first. Can’t you see this bag in my hand?” Here he threw the bag towards her and I watched as the young woman behind her flinched. She was small and meek, a girl of about sixteen and you could see immediately that she was special. Her sweet face now confused by social cues she did not understand. Her eyes looking up towards her mother, terrified by the incident, and that was it.

He had gone too far.

If he wanted to pick on someone, he was gonna get a mother fucking handful from Ms. Wood.

“All for a piece of cornbread?” I said.

I swear to God the restaurant stopped.

My voice, as most of you know, and as some of you current and former students have unfortunately heard in one of my wrathful moments know, that my voice can stop traffic on a busy day in Bangladesh. It is a force to be reckoned with… an entity of it’s own…. a weapon of mass-destruction able to bring the most stoic and unruly bully to tears. I barely raised the level a notch but everyone in that restaurant knew that hell was coming.

He turned to me. Not really sure if the pudgy, white middle-aged woman standing in front of him said it. Then he stepped forward, all bravado, to confront me head on.

Suddenly, he realized that the entire foyer was silent. That every person in the area was waiting for his response.

I was ready to grab somebody’s walker and bash this son-of-a-bitch but good. I was actually hoping for the opportunity.

He tried to hold his ground… he tried to steady his gaze… but he could see that there was something “challenging” in my eyes and he was rocked to the core. It took less than a second for his appearance to crumble and the true wimp to be exposed for all to see.

“That’s a rhetorical question,” I heard the Professor say from behind me. “I think you better just take your cornbread now, Son… and leave.”

There we were… the ebony and ivory super heroes of the literary world… able to vanquish villains with glossary terms and fine, proud speaking voices.

He stomped out of the restaurant and of course, didn’t say another word until he was within “running distance” of his car but by then, the Professor and I were already surrounded by a round of applause and everyone enjoying a moment of camaraderie as we recapped Mr. Cornbread’s idiocy.

Her face just moments ago scared and sad, looked up towards her mother and said, “Teacher” then she reached out and touched my arm and I held her soft white hand for a moment before she came close to me and hugged me.”

“You’ve got a gift,” the Professor said. “Teaching’s a calling.”

“Teaching lessons to idiots?” I said as I continued to hug my new friend.

We both said our goodbyes, wished each other luck, as we walked off with our take-out orders and on to our regular daily lives.

It wasn’t until I got home that I found a small box in my bag with a piece of free cornbread in it and a note written in blue ball-point pen, on the top of the box, that said, “Thank you, Ms. Wood.”

And it wasn’t until hours later that Mia, my former student, a waitress at Katella Deli, texted me and said, “It was you wasn’t it, Ms. Wood? I heard all about it! Text me!”

I did text Mia that day. She updated me on her progress in college, as she worked her way towards her teaching credential, and reminded me that I was one of the teachers who inspired her to become a teacher.

And isn’t that the great thing about life? That we can have a profound influence on any human being… at any given time… and teach lessons based on our own experiences and maybe by doing the right thing every once in awhile… even end up with a free piece of cornbread?